Shears & Other Garden Equipment Used in String of Burglaries 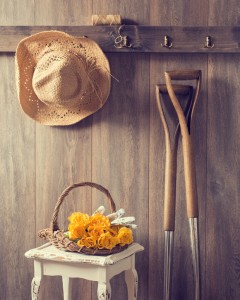 As important as it is to pick out the right shed, it’s just as important to think about proper security features. Gone are the days of leaving garages and sheds opened, let alone the doors and windows to your house unlocked. What used to be a somewhat common practice for many small town families has become another memory of ‘the good ‘ol days.’

Law enforcement officials of Aspendale, a small Australian town, remind us of this fact as they are urging for more security precautions from local residents after multiple reports of burglaries involving stolen garden equipment from nearby yards and wooden sheds, according to the local news outlet Heraldsun.com.au

Moorabbin Police Sergeant, Leo Raso, spoke to the community newspaper about the importance of securing your belongings after garden equipment was used to gain entry in a string of local burglaries the past month.

“They’ll use what they can find so that they aren’t seen wandering the streets with tools,” Raso said.

Just like you should buy a shed 25% bigger than what you currently need size-wise, it should be common knowledge to put a reliable lock on it too. It’s worth it to spend the money on a good system since most sheds last between 15 and 20 years and sheds that are 100% handmade, like Amish-made ones, can be especially durable.

In one of the incidents on September 9, a 63-year-old woman called the cops after she got home and realized someone had broken in. They didn’t find the intruder on the premises, but they did find evidence that garden equipment was used to break into the house.

The day after that police responded to a similar call where the burglar had taken shears from a nearby garden shed to gain access through the homes french doors.

Always remember to put away all tools and equipment after you’re done working for the day as they can not only create safety risks laying around, but also a means for criminal activity you might not think about.

You can find out more about which cookies we are using or switch them off in settings.

This website uses cookies so that we can provide you with the best user experience possible. Cookie information is stored in your browser and performs functions such as recognising you when you return to our website and helping our team to understand which sections of the website you find most interesting and useful.

Strictly Necessary Cookie should be enabled at all times so that we can save your preferences for cookie settings.

If you disable this cookie, we will not be able to save your preferences. This means that every time you visit this website you will need to enable or disable cookies again.