How Can You Get the Best Gazebo Design? 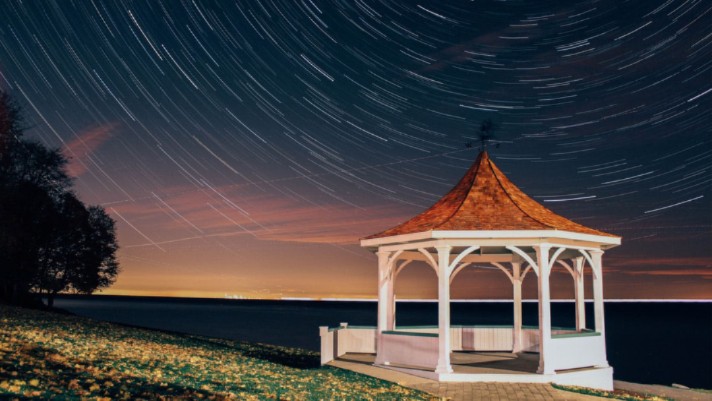 A gazebo is one of those features that always gets noticed on any property. It increases property value and creates a serene, lovely place where the imagination can take flight. But it only works if you have a great gazebo design that’s well-built and sturdy. And when you need something that’s strong and beautiful and well-made, you need to turn to the Amish community.

What Makes a Good Gazebo Design

Technically speaking, a gazebo is any roofed structure that provides an open view of the surrounding environment. That means that four posts covered with a flat roof is technically a gazebo, but you’re probably looking for a little more out of your gazebo design. Classic gazebo design usually involves a short railing that extends all the way around the gazebo, almost like a fence. Often, gazebos are designed with pitched roofs and they typically provide seating to allow anyone to sit and enjoy the view and relax with the outdoors.

Unlike other types of outdoor structures, a gazebo is not meant for storage. This is not a shed that holds tools and equipment, a pool house that holds swimwear and other pool gear, or a garage (which is a fully enclosed building most commonly used for vehicle storage). The purpose of a gazebo is to hold people and only for brief amounts of time. That means that you want a gazebo design that can incorporate both beauty and function to provide space and comfortable seating for people but still stand as an attractive, value-boosting, and eye-catching element of your outdoor area.

When are custom gazebos the best options for homeowners, and when can you choose a pre-built gazebo that’s ready to be placed on your property? Custom gazebos are perfect for people who have anything less than a completely flat piece of land to place the gazebo. If there is a slope of any sort or other features that make the ground uneven anywhere on the spot where you want to place your gazebo, then a custom-made structure is absolutely your best option.

However, a pre-built gazebo may suit your needs if you have a perfectly flat spot that’s free of large rocks, roots, and other natural features that has no slope to it. For some homeowners, this is the preferable choice because you can see right away how the gazebo looks on your property. There is no waiting period where you see the gazebo begin to appear as it is built, and find out too late that you wish the gazebo was in a different spot, or that you had gone with a different gazebo design entirely.

Whether you’re looking at a custom gazebo design or you plan to buy a structure that has already been made, there is one very clear option when it comes to choosing a builder to purchase a gazebo from: Amish furniture.

Why Amish Buildings Stand Out

The tradition of making Amish furniture is as old as the religion itself, which dates to the late 1600s. But Amish furniture didn’t gain popularity and attention in mainstream culture until the 1920s. This is when early American folk art became highly trendy and sought-after. Dealers and historians praised the craftsmanship and quality of Amish buildings and furnishings, giving them great value. Ever since, Anish furniture and buildings have been well-know and well-regarded for their high quality, attention to detail, and sturdy construction.

You can find out more about which cookies we are using or switch them off in settings.

This website uses cookies so that we can provide you with the best user experience possible. Cookie information is stored in your browser and performs functions such as recognising you when you return to our website and helping our team to understand which sections of the website you find most interesting and useful.

Strictly Necessary Cookie should be enabled at all times so that we can save your preferences for cookie settings.

If you disable this cookie, we will not be able to save your preferences. This means that every time you visit this website you will need to enable or disable cookies again.